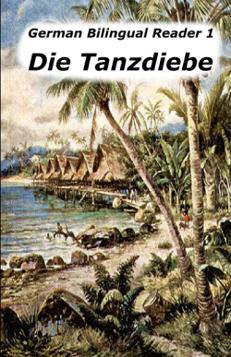 It is 1899. The Caroline Islands were sold to Germany by Spain a few months ago.
Is it possible to steal a dance?
German Zoologist Doctor Herter and his assistant, the painter Mehring, travel to the island of Yap in the Caroline Islands to conduct scientific studies. But soon they get involved in an unusual criminal case and feel threatened by thieves, spies, smugglers and pirates...

Have fun with German and experience original German literature with an English translation on opposite pages to make sure you have no problems understanding the story. The English translation follows the German original very closely to give you a full understanding. This makes the English sound peculiar at times, but it serves its purpose of helping you get your mind round the language used in genuine German literature unlike simplified texts that are written with foreign language learners in mind.

Learn German with short stories. Eight gripping science fiction short stories in German with an English translation on the opposite page. Improve your German while reading about an alien attack, time travel, a deadly asteroid and other surprising scenarios. 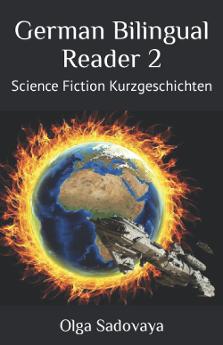 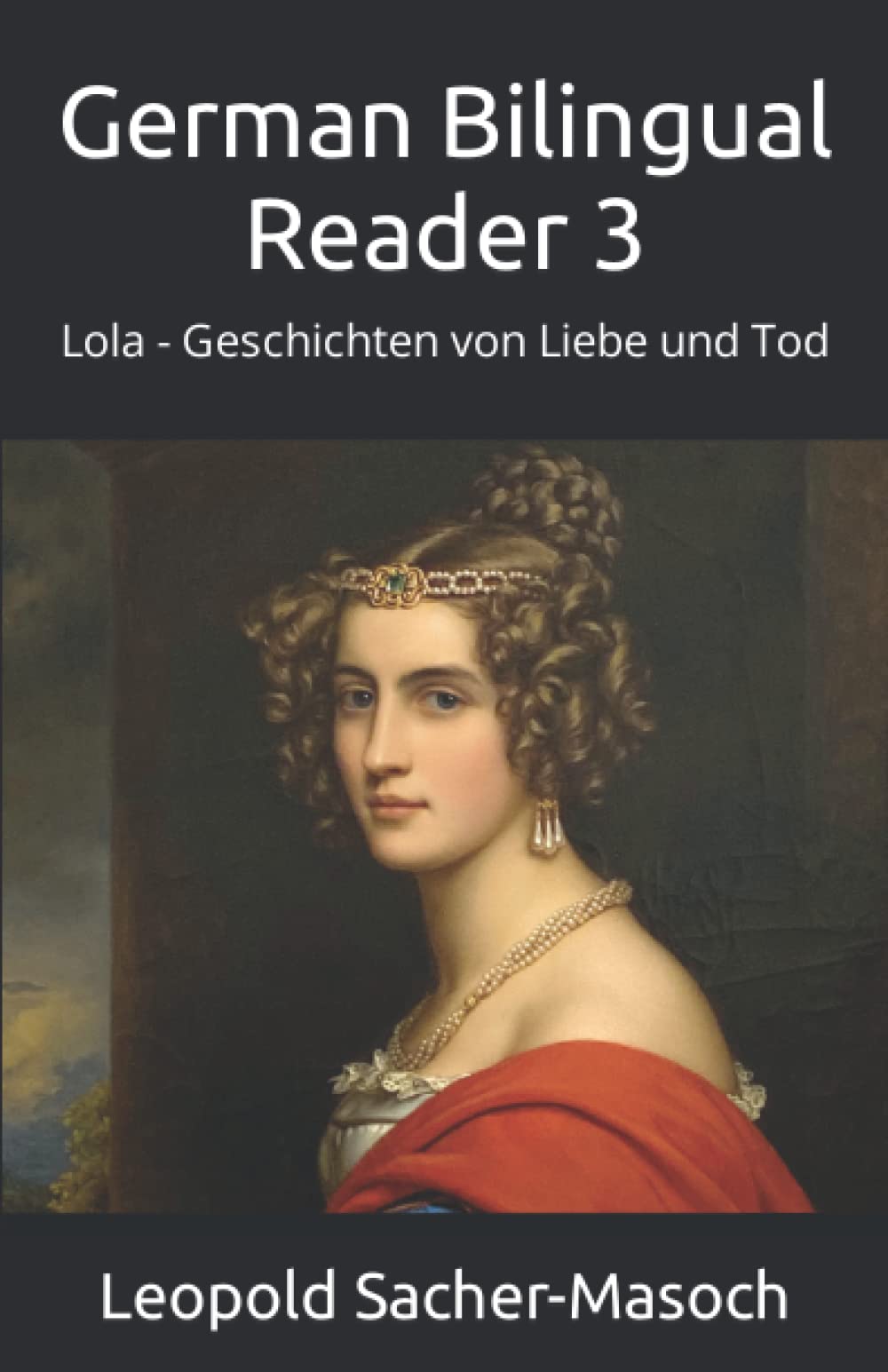 Learn German with short stories. 17 short stories in German with an English translation on the opposite page. Be enthralled by stories of love and hate, seduction and betrayal, revenge and death, and even gothic love-horror in a haunted castle by the famous Austrian writer Leopold Sacher-Masoch.

The Historia Apollonii regis Tyri ("History of Apollonius, King of Tyros") is an ancient novel based on Greek or Latin sources. Its author is unknown, dating it to the 3rd century AD.The story begins in Antioch, where King Antiochus enters into an incestuous relationship with his daughter. In order to keep her for himself, he sets her suitors a riddle which they must solve. If they do not succeed, they are executed. Only Apollonius, the king of Tyre, succeeds in solving the riddle. Enraged, Antiochus sends Apollonius away and sends a henchman after him to kill him. Now begins Apollonius' odyssey. He loses all his possessions in a sea storm and then arrives at the court of another king, where his daughter falls in love with him…However, Apollonius, the king of Tyre, definitely belongs to the realm of legend. For the kingdom of Tyre had already been conquered and largely destroyed by Alexander the Great in 332 BC. After that, it never regained its original importance. The list of the kings of Tyros ends in 332 BC - there has never been a king with the name Apollonius before or since.
Amazon.com
Amazon.co.uk
Amazon.de 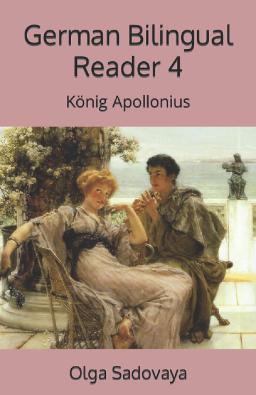 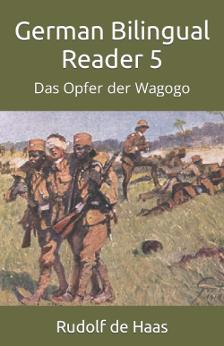 German East Africa in the summer of 1916. Cavalryman Arfas and his faithful try everything to slow the advance of British troops into the German colony. Whether from Bavaria, Pomerania, the Rhineland or East Prussia, they and the brave and loyal Askaris from Africa stand together for one man when it comes to confronting the enemy, laying mines or emptying the last bottle of wine in the boma - the district office. But there is Iasomirgott Pimpelroth, the stage maggot. A maggot with a long beard and crooked legs, a nobody; but this nobody has to travel through the land of the Wagogo to requisition provisions for the troops...
Amazon.com
Amazon.co.uk
Amazon.de 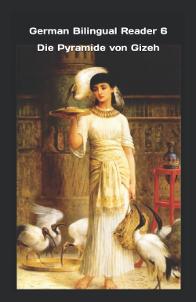 The pharaoh neglects his country because he is only interested in building a pyramid that will one day be his tomb. While the workers on the pyramid are mercilessly enslaved and the temples are closed, a new disaster threatens in the south: no more stone blocks are delivered for the pyramid construction. The pharaoh hands over the construction management to a new architect and sets out himself with his army to secure the supply of stone blocks.
Amazon.com
Amazon.co.uk
Amazon.de
Sycko is a loser: he can never hold on to a job for more than a few weeks, he’s got no girlfriend, no one knows how he scraped through school and he’s just been fired again. But when his friend Judas, who realizes that Sycko has his final pay along in cash, takes him to a seedy bar that also runs a brothel upstairs, Sycko gets into a chance encounter with Jeremia, Master of the Temple. Master Jeremia decides to take Sycko to his Temple where he has the chance to completely change his life. Little does Sycko know that lurking beneath the attractive surface of the Temple dark secrets are hidden. Suspenseful, sinister and dark humor capture the frightening reality of a young man descending into religious fanaticism.
Amazon.com
Amazon.co.uk
Amazon.de 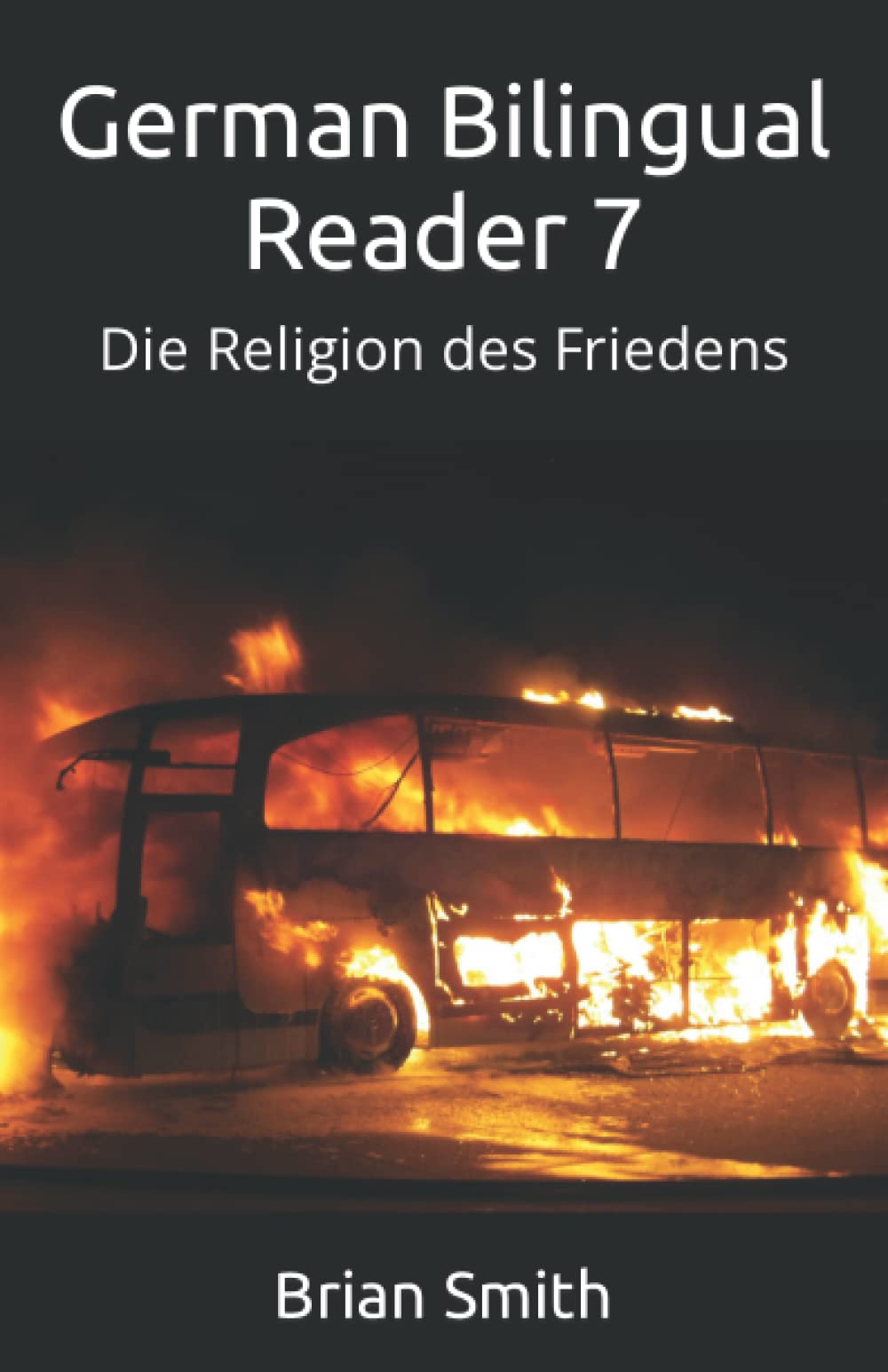 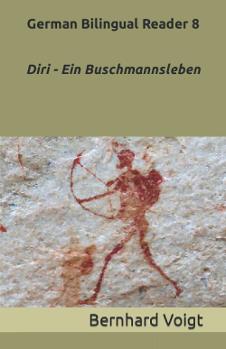 Amazon.com
Amazon.co.uk
Amazon.de
In his story 'Diri', Bernhard Voigt describes the life of a bushman - hunting, feasting, a wedding and more - and the culture clashes of the bushmen with their black and white neighbours, including the enslavement of bushmen by the Herero and colonial crimes committed against the native peoples of Namibia.Bernhard Voigt was born in Bunzlau in Lower Silesia in 1878. He became a teacher and in 1908 went to Windhoek in German South-West-Africa, today's Namibia, where he reached the position of a provincial school officer after a few years. The German colony was lost in the First World War and was administered by the South African Union. Voigt was expelled from the country, as were all German government officials and civil servants. Returning home, Voigt began to write down his experiences in Africa in numerous novels, some of which enjoyed great popularity, including "Im Schülerheim zu Windhuk", "Schutztruppler in Südwestafrika", "Diri: Ein Buschmannsleben", "Du meine Heimat Deutsch-Südwest" and "Die Farmer vom Seeis Rivier - Ein Kampf um Deutsch-Südwest".When Soviet troops occupied Silesia in 1945, Voigt was killed.
Amazon.com
Amazon.co.uk
Amazon.de
In a monastery in Lima, the monk Domingo de Soira Luce writes down the events that led to the execution of the Inca Atahuallpa. Wassermann confronts the world of the noble savage with the customs and traditions of the conquerors. The focus is on gold, for Atahuallpa a "void thing" for the Spaniards a god or the "dream of dreams". The Incas bring enormous gold treasures to rescue Atahuallpa, but he is denounced by the interpreter Felipillo and finally sentenced to death for treason.
Amazon.com
Amazon.co.uk
Amazon.de 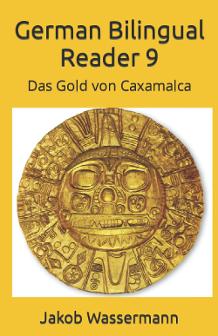 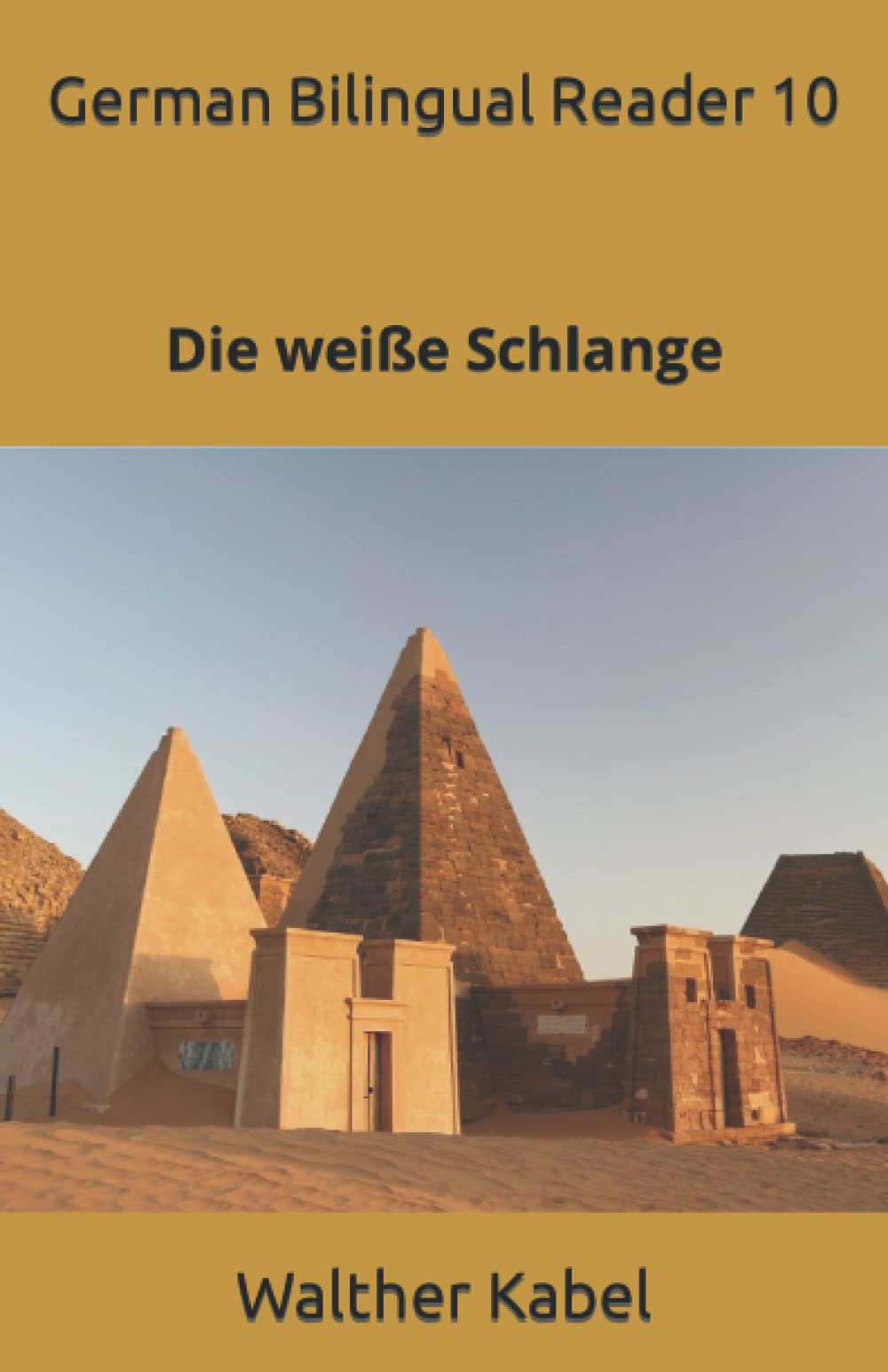 A seedy bar in Khartoum is the focal point of a mistery. For two years wealthy travellers have been vanishing without a trace. Who is responsible? What has happened to them? And what is behind the enigmatic White Snake?Be enthralled by a pukka adventure in the exotic capital of the Sudan where many people still remember the mahdi, that religious fanatic and slave trader who defeated and killed Gordon of Khartoum.
Amazon.com
Amazon.co.uk
Amazon.de
A young baron takes a holiday at Semmering and is disappointed and bored by the company he finds there. Later, however, he notices a somewhat aged but still attractive Jewish woman with her twelve-year-old son Edgar. The baron befriends the boy and promises him a dog, among other things, but he is primarily concerned in establishing an intimate relationship with Mathilde, his mother. In his story, Zweig describes the boy's development and his relationship with his mother and the Baron, his initially fatherly friend. Especially the double standards of the time, the differences in social status and the feeling of being taken advantage of make it difficult for the boy to find his way around. Eventually, however, he has to face his feelings and realises what it means to belong to the world of adults and to share its secrets.
Amazon.com
Amazon.co.uk
Amazon.de 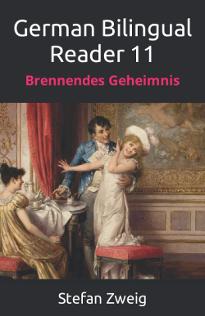 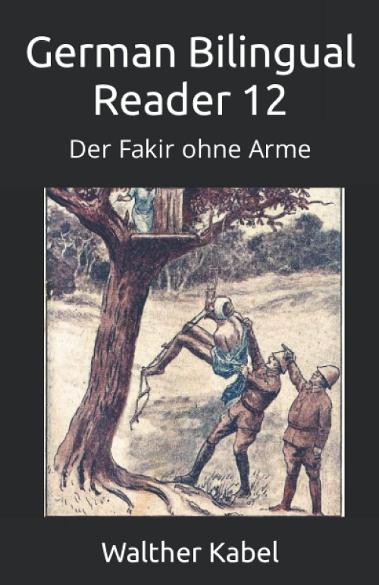 In the 1920s two German detectives are staying at a hotel in Bombay, India, in the disguise of Dutch merchants. Mystery is in the air. Some Russian artists have vanished from their bungalow. There is blood everywhere, but it turns out to be from a goat. In the harbour is the yacht of an American billionaire, whose wife was a refugee from the socialist revolution in Russia and the mass murders that followed. What is her connection to the Soviet consul? Who ordered an attack with poisoned darts on the detectives?
Amazon.com
Amazon.co.uk
Amazon.de
Three short stories by well-known German writer Kurt Kluge.Der Nonnenstein – a story about two brothers who own clay pits. They quarrel about the boundary which is marked by a mysterious rock known as the Nun’s Stone. Die drei Gelehrten - a story about three scientists whose learned discussions take an unexpected turn when one of them makes a discovery in his cellar.Der Gobelin – the story of a poor painter whose life is completely changed when he meets some gypsies.
Amazon.com
Amazon.co.uk
Amazon.de 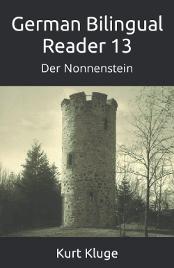 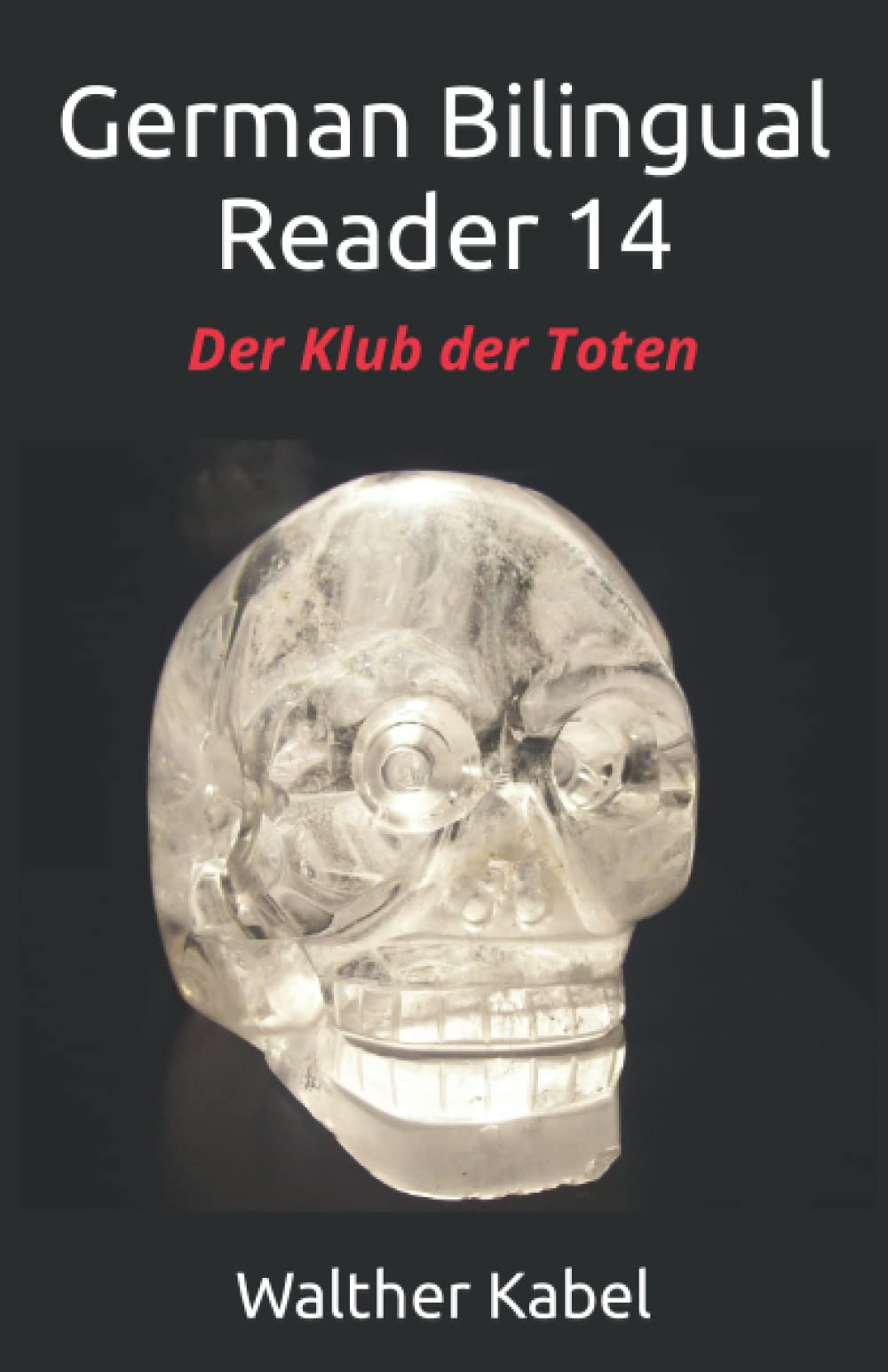 The Berlin detectives Harald and Harst are watching a parked car with a veiled lady in it. Is she their next client? Why doesn’t she simply come to talk to them? A very strange case is waiting for the detectives involving a club of the dead, a treasure, murder and intrigue, from Berlin to central Asia.
Amazon.com
Amazon.co.uk
Amazon.de